What is best practice for physician management of prolonged seizures in children?

Convulsive Status Epilepticus (CSE) is the most common childhood neurological emergency, sometimes resulting in death or serious disability. CSE is managed with anticonvulsant medications in a step-wise approach until seizures stop. While some management strategies for CSE are well supported by evidence (e.g. initial administration of benzodiazepines), subsequent strategies are based on expert consensus and not evidence. Phenytoin, the traditional second line agent for CSE has a high failure rate, causes adverse events and must be administered slowly. Levetiracetam, a newer anticonvulsant, has a favourable adverse events profile, can be administered quickly and has good efficacy for various seizure types.

ConSEPT was an open-label, multicentre, randomised controlled trial conducted in 13 emergency departments in Australia and New Zealand. Children aged between 3 months and 16 years, with convulsive status epilepticus that failed first-line benzodiazepine treatment, were randomly assigned (1:1) using a computer-generated permuted block (block sizes 2 and 4) randomisation sequence, stratified by site and age (≤5 years, >5 years), to receive 20 mg/kg phenytoin (intravenous or intraosseous infusion over 20 min) or 40 mg/kg levetiracetam (intravenous or intraosseous infusion over 5 min). The primary outcome was clinical cessation of seizure activity 5 min after the completion of infusion of the study drug.

Between March 19, 2015, and Nov 29, 2017, 639 children presented to participating emergency departments with convulsive status epilepticus; 127 were missed, and 278 did not meet eligibility criteria. The parents of one child declined to give consent, leaving 233 children (114 assigned to phenytoin and 119 assigned to levetiracetam) in the intention-to-treat population. Clinical cessation of seizure activity 5 min after completion of infusion of study drug occurred in 68 (60%) patients in the phenytoin group and 60 (50%) patients in the levetiracetam group (risk difference –9·2% [95% CI –21·9 to 3·5]; p=0·16). One participant in the phenytoin group died at 27 days because of haemorrhagic encephalitis; this death was not thought to be due to the study drug. There were no other serious adverse events.

The ConSEPT team found no evidence that levetiracetam was superior to phenytoin as a second-line agent for management of paediatric convulsive status epilepticus. Both drugs were effective (as a single infusion) in controlling seizures in 50–60% of cases after failure of benzodiazepines. In more than 70% of cases, seizure control was maintained for two hours with use of either drug alone or both drugs sequentially. We found no differences between treatment groups in intubation rates, rate and length of intensive care. The researchers said: "Although both drugs when given by themselves were associated with considerable failure rates, treatment with one drug followed by the other reduced the failure rate by more than 50%, adding only an additional 10 min to treatment time (compared with giving phenytoin alone). On the basis of the results of this study, and of earlier studies, clinicians should consider sequential use of phenytoin and levetiracetam, or levetiracetam and phenytoin, for second-line management of paediatric convulsive status epilepticus before moving on to the next standard of care, intubation." 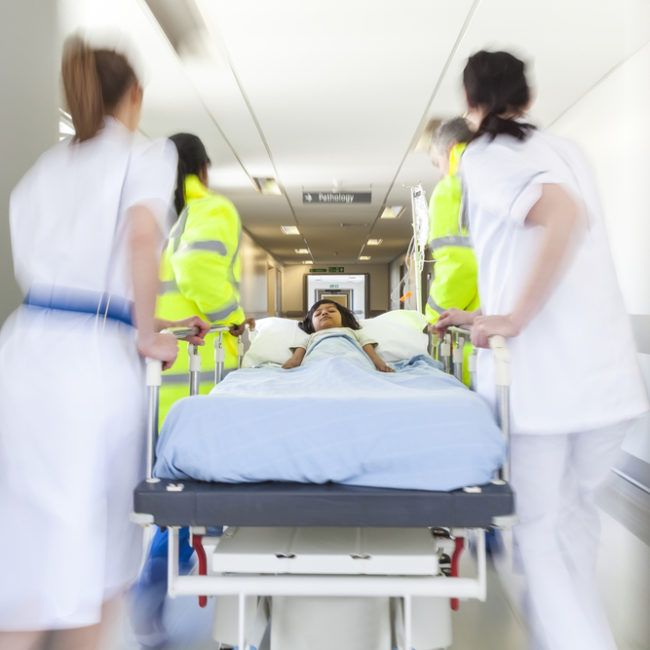