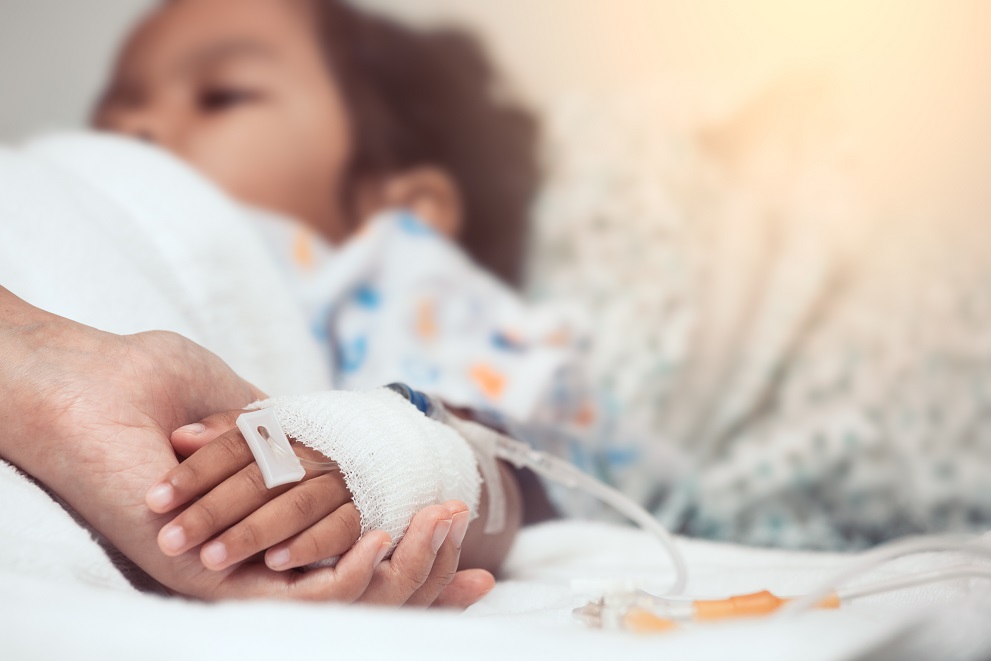 It’s horrifying to watch a child having a prolonged seizure, but Australian and New Zealand emergency doctors have now have a better way to treat severe seizures in children,

The results from the trial, which was co-funded by the Emergency Medicine Foundation, were published online [17 April 2019] in the prestigious medical journal, The Lancet.

The study was led by Professor Stuart Dalziel from the Faculty of Medical and Health Sciences at the University of Auckland and Starship Children’s Hospital, and the senior author was Professor Franz Babl at Melbourne’s Murdoch Children’s Research Institute. EMF funded The Townsville Hospital Emergency Staff Specialist, Dr Jeremy Furyk to lead the Queensland arm of the project.

In severe seizures, the first line of treatment (benzodiazepines) only stops the seizures in 40 to 60 percent of patients. Before this study, the second line treatment was the anti-convulsant drug phenytoin, but until now this practice had never been scrutinised in a robust major randomised controlled trial. Also, phenytoin was known to have a number of serious complications.

In this world-leading study, which had its initial funding from the Health Research Council of New Zealand, researchers compared phenytoin with newer anti-convulsant levetiracetam (also known as Keppra) for the second line treatment of seizures. Levetiracetam is used routinely as a daily medication to prevent seizures, but has not been properly tested against phenytoin for treatment of severe prolonged seizures.

The research, conducted by the PREDICT research network in 13 emergency departments at hospitals in Aotearoa New Zealand and Australia, involved 233 child patients aged between three months and 16 years.

The researchers found that when given individually, the drugs are as good as each other: both had a moderate success rate (50-60 percent) at stopping a prolonged seizure. But strikingly, treatment with one drug and then the other increased the success rate of stopping a seizure to approximately 75 percent.

Previously, children who continued seizing after phenytoin then needed to be intubated, sedated and placed on a ventilator in intensive care. By giving these two medications one after the other, researchers have potentially halved the number of children ventilated and sent to intensive care.

“This study has now given us robust evidence to manage children with prolonged seizures without reverting to intubation and intensive care,” says Dr Dalziel.

“By controlling seizures in the emergency department we will increase the chance of these children recovering more quickly and returning back to their normal lives,” he says. “This research has already changed practice and led to new guidelines in New Zealand and Australia.”

“This study is going to profoundly improve treatment for children who are critically ill with epilepsy around the world,” says Professor Franz Babl, who is also Professor of Paediatric Emergency Medicine at the University of Melbourne.

In the paper, the researchers recommended clinicians considering the sequential use of phenytoin and levetiracetam, or levetiracetam and phenytoin, for second-line management of paediatric convulsive status epilepticus before moving on to the next standard of care, intubation.

The results are already making a difference at the three Queensland trial sites funded by the EMF research grant: The Townsville Hospital, the Gold Coast University Hospital and the Children’s Queensland Hospital and Health Service.

In addition, Dr Furyk also received an EMF grant to pilot a CSE Registry in Australia.The Registry will enable researchers to gain a better understanding of the incidence and cause of CSE in Australia.

In Queensland, the co-investigators on the trial were paediatric emergency specialists Dr Natalie Phillips and Dr Shane George.

Prolonged seizures can cause death or permanent brain damage and caring for a child having a seizure can be distressing for both the parents and medical staff, according to one of the principal investigators in the trial,

Each year, more than 1000 children present at an Australian emergency department with prolonged seizures. A small percentage of these children need medication to stop seizing. When this occurs, the condition is called CSE. About a third of CSE cases are caused by fever or infection. Epilepsy is also another significant trigger.