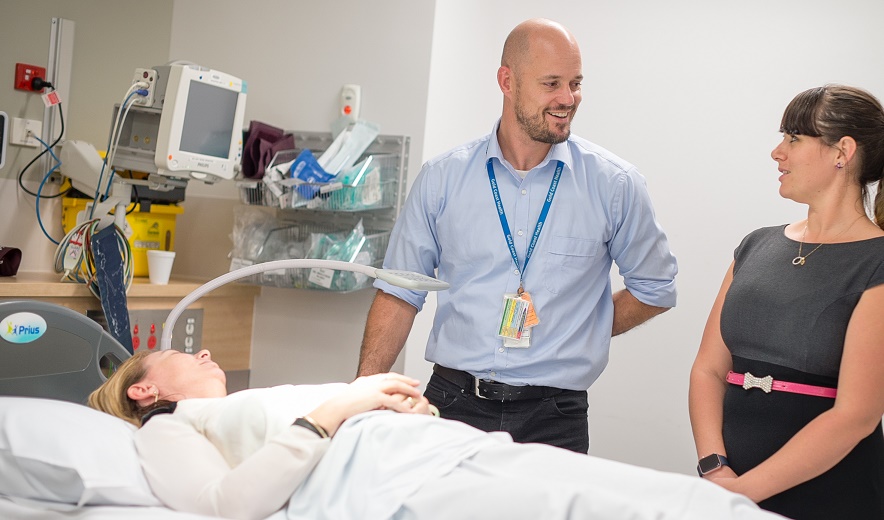 Shortness of breath, or dyspnoea, is a common symptom in emergency department patients.

With no ‘gold standard’ for diagnosing the cause of breathlessness and numerous illnesses sharing this key symptom, discovering the underlying cause is not always straightforward.

A recent Asian-Pacific study, which was co-funded by the Emergency Medicine Foundation (EMF), has provided clinicians with an important insight into the causes and diagnosis of breathlessness.

The Asia, Australia and New Zealand Dyspnoea in Emergency Departments (AANZDEM) study recruited 3044 patients with shortness of breath from 46 emergency departments in Australia, New Zealand, Singapore, Hong Kong and Malaysia.
Professor Gerben Keijzers, a Senior Staff Specialist at the Gold Coast University Hospital Emergency Department and a co-investigator on the study, said AANZDEM had generated a lot of excitement.

“This is the first time data has been collected on this scale on patients presenting to the emergency department with breathlessness,” Professor Keijzers said.

“The findings really highlighted that in the emergency department we deal with undifferentiated patients and we don’t know what’s going on with them. We have to be pragmatic and consider multiple options.”

The team found that nearly half (47%) of breathlessness cases were respiratory related, ranging from chest infections (20%) and asthma (13%) to lung disease (14%). However, heart failure was the second most common cause (15%) of breathlessness.

There was also a subgroup of patients who had both lung and heart problems.

When the researchers looked further at patients with heart failure, they found that most had previously suffered a heart attack and the majority were over 60 years of age with an even gender distribution.  In total, 86 per cent of patients were admitted to hospital, with the emergency department diagnosis of heart failure correct in 81 per cent of cases.

“Overall, even without standard clinical guidelines, emergency doctors have been doing a good job of diagnosing heart failure in patients with breathlessness, which demonstrates the value of clinical judgement,” Professor Keijzers said.

“What we have shown is that emergency doctors need to be aware that women with breathlessness may be experiencing heart failure. Traditionally, heart disease was thought to be a male dominated condition, but females with breathlessness are at just as high risk.”

The AANZDEM study looks likely to lead to further research in this area, and potentially the development of clinical guidelines for diagnosing breathlessness, which include additional recommendations for emergency department patients.

The study has led to four journal publications between 2016 and 2017, with several more in press. It was led by Professor Anne-Maree Kelly, a senior emergency physician at Western Health in Victoria and Director of the Joseph Epstein Centre for Emergency Medicine Research.

The EMF grant for this project was funded by Queensland Health.