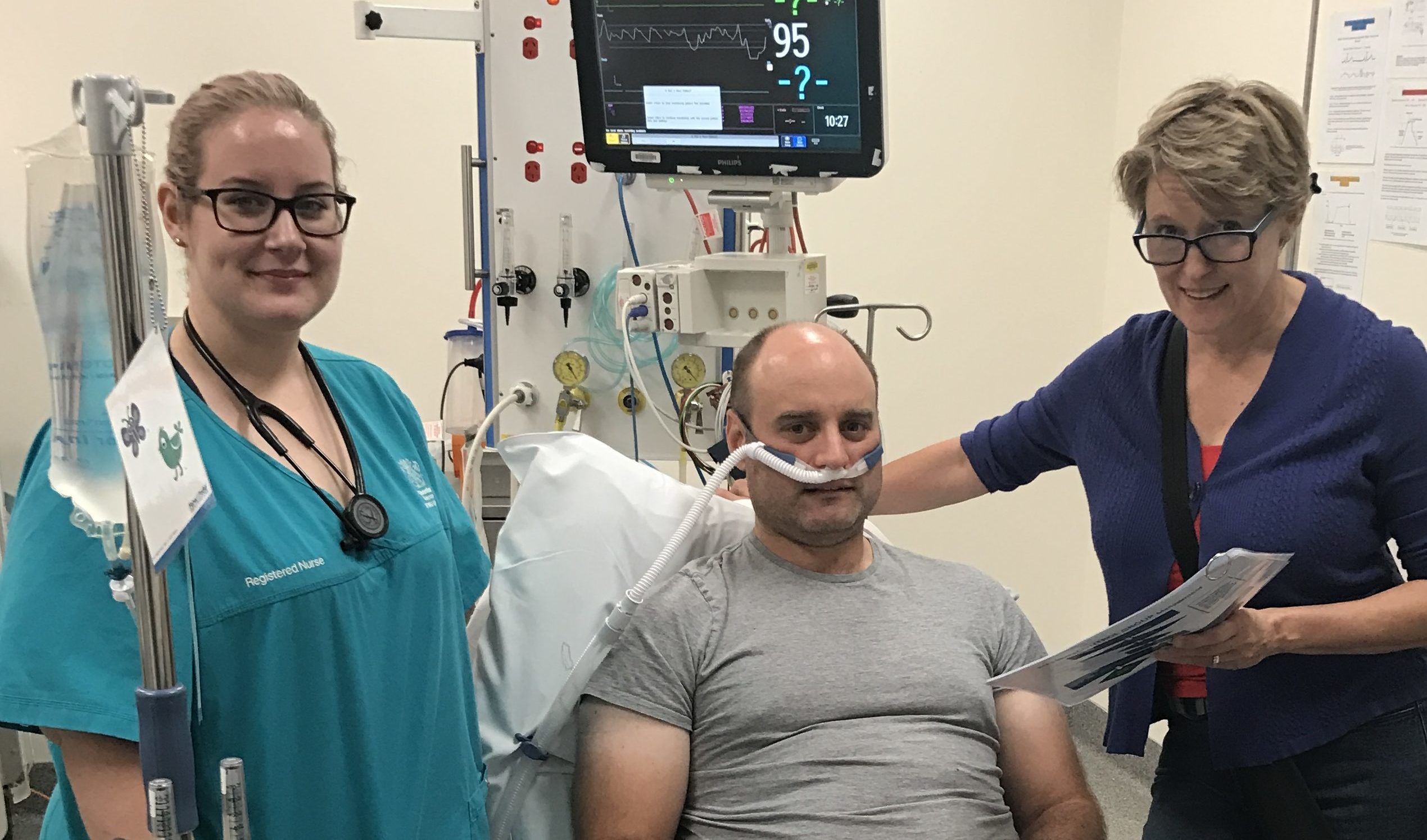 Trial of high-flow breathing device ramping up in cooler months

Emergency medicine researchers at Ipswich Hospital are ramping up the trial of a new breathing device in adults presenting to the Emergency Department with shortness of breath.

The ‘Breathe Easy Earlier Study’, or BEES, is a randomised controlled trial funded by the Emergency Medicine Foundation (EMF).

The aim of the trial is to assess the benefits of using a “high-flow” breathing device, known as high-flow nasal cannulation (HFNC), which delivers humidified oxygen and air via the nose.

“This pilot study is an extension of early, promising trials in infants and widens the application of early intervention high-flow to a large number of adults,” said Dr Baker.

“There is the potential that early intervention with the high-flow device may relieve patients’ symptoms of breathlessness sooner and avoid a worsening of breathing difficulties.

“Any intervention that speeds recovery also reduces the time patients spend in the emergency department, and in turn, this means beds are available more quickly for the next patient.

“We also think that this device will be more comfortable for patients.”

According to Dr Baker, the HFNC device is less constricting than the standard facemasks, which are used when simple low flow oxygen is inadequate. Patients are able to talk, and regulate their breathing rate to suit their individual comfort needs.

Each year, almost 3000 patients present to Ipswich Hospital Emergency Department with breathlessness. However, the BEES team is only looking to recruit a further 220 patients to the trial this autumn and winter.

BEES was launched at Ipswich Hospital in 2016 and the study protocol was tested in the winter season.

This year, the team has been providing Ipswich Hospital staff with extra training around use of the HFNC device in preparation for the peak respiratory illness season in 2017.

The team is focusing on treating patients with chronic obstructive pulmonary disease (COPD), heart failure or sepsis, which are the three leading causes of breathlessness in adults.

Dr Baker received an EMF Project Grant to run the trial. The grant was awarded under the Foundation’s Queensland Research Program which is funded by Queensland Health.

For further information or training regarding the trial, contact: tanya.greaves@health.qld.gov.au

Read more about the research grant