Compare the use of a commonly used sedative drug – propofol, used alone or in combination with another drug ketamine that has sedative and pain relieving properties.

This project aims to determine if the drug combination called ketafol offers an improved safety profile while maintaining the same procedural success rates and patient satisfaction. This study will still treat any pain before the procedure starts or the sedative drugs are administered for the procedure itself. Patients who agree to take part will receive one or other of the alternatives in predetermined amounts. All patients receive full monitoring and standard sedation care.

The second aspect to this study relates to the way in which the data will be viewed and analyzed. This study will be using a special database with visual interfaces that allows analysis of the data and comparison to what is already known about patients who have had procedural sedation in other studies.

In this large, randomised trial, it was found that patients responded well to ketofol -- a combination of the commonly used sedative propofol and the drug ketamine, which has both sedative and pain relieving properties.

It was found that ketofol didn’t cause any more adverse reactions than propofol alone. While ketofol was not shown to be superior to propofol, the two sedative regimens delivered similar outcomes and were both associated with high levels of patient satisfaction.

In addition, it was also found that some patients receiving propofol were more likely to have slightly lower blood pressure (8%), with a small number of patients experiencing some form of hallucination (5% for ketafol compared with 2% for propofol). In the majority of cases, with both regimens, these were rated as pleasant by patients. Overall, the ketofol group had lower pain scores 30 minutes post-procedure.

Finding that ketofol is a viable alternative to propofol will give us more sedation options in the future, especially considering the pain relieving properties of ketamine, which may reduce the need for other opiate type medications. 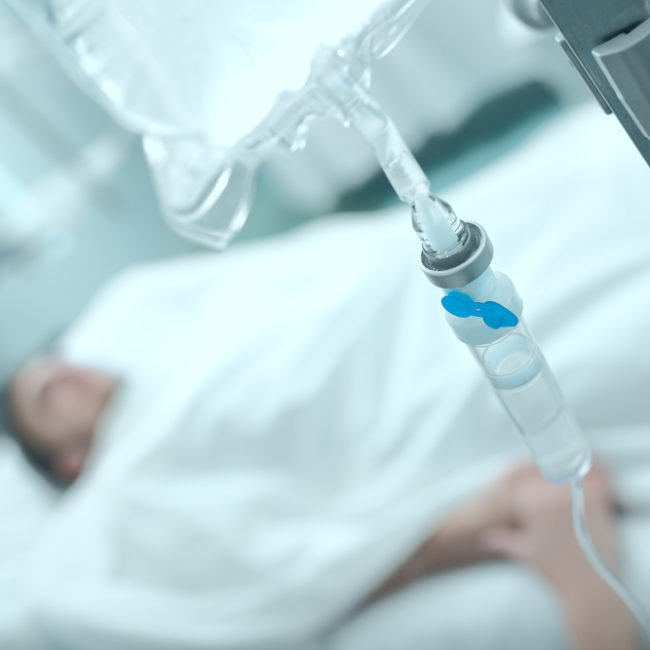