Emergency Medicine Foundation > Projects > Queensland > The Utility of Ultrasound for distinguishing heart failure from other causes of dyspnoea in older persons.

The Utility of Ultrasound for distinguishing heart failure from other causes of dyspnoea in older persons.

Elderly people often present to the emergency department short of breath. The two most common causes – heart failure and chronic lung disease- appear much the same but need very different treatments. Differentiating the two relies on taking a good history, performing an examination and doing basic investigations such as blood tests, electrocardiogram and chest x-ray (CXR). The most accurate diagnosis from the early tests is when the CXR shows a pattern called ‘alveolar interstitial syndrome’ (AIS). An experienced doctor then adds this piece of information to other parts of the history and clinical findings, to decide if the AIS is due to pulmonary oedema (heart failure). CXR has been shown to be very specific at identifying AIS, but not very sensitive. So even with these tests, the wrong diagnosis may be made and the wrong treatment commenced. This study will look at the usefulness of lung ultrasound (LUS) in demonstrating AIS, giving an alternative to CXR for differentiating heart failure from chronic lung disease. Previous studies have shown that in the hands of intensivists, it is significantly more accurate and sensitive than CXR. If we can replicate these results in Australia, in an Emergency department, we may be able to replace CXR with a safer, faster and, cheaper and more reliable alternative.

The original research aims and hypotheses were achieved. The study formed a pilot for a subsequent multicentre project, allowing calculation of costs as power estimations. Results showed that the selected protocol remained robust and useful in the hands of relatively inexperienced junior doctors in an Australian emergency department and is an improvement on current diagnostic practices. The research suggests that lung ultrasound for pulmonary oedema should be a core skill taught to junior doctors. The research suggests that it is a skill that might be successfully extended to areas of lesser resourcing, such as rural remote and retrieval situations. 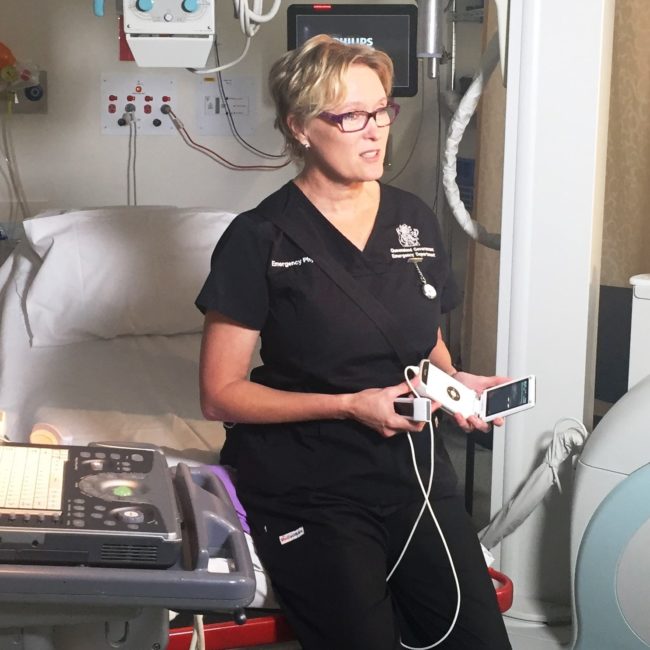