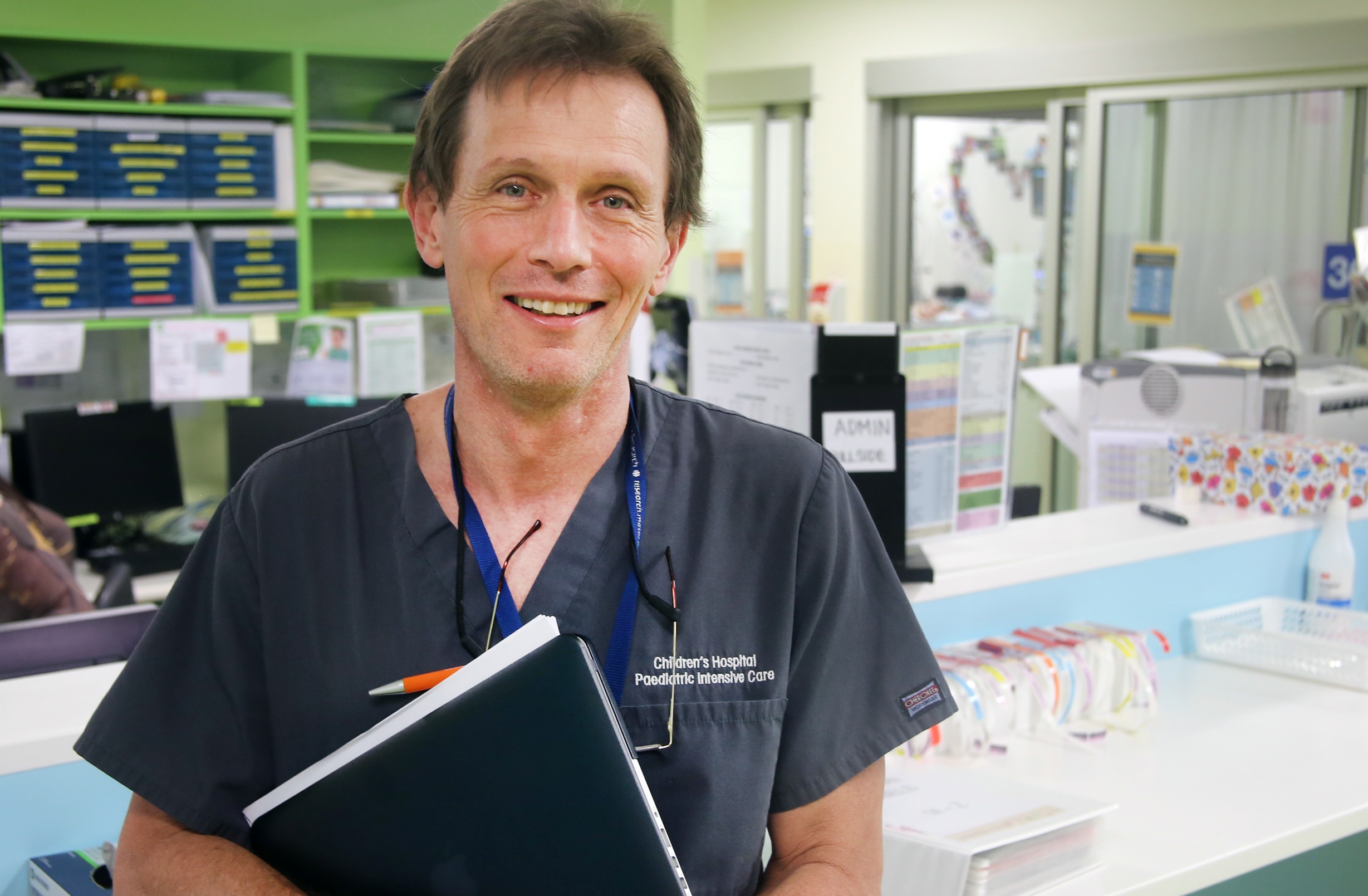 Queensland researchers are trialling a simple procedure with potential to become a ‘game changer’ in emergency paediatric medicine.

In a pilot study of 48 children, co-funded by the Emergency Medicine Foundation (EMF) of Australia, the researchers found that using a new therapy significantly reduced the risk of complications during intubation (where a flexible tube is inserted in the windpipe).

“In a recent study, it was found that about a quarter of emergency intubations in children don’t succeed on the first attempt,” Dr Schibler said.

“It’s a tricky procedure requiring precise and delicate work, and the conditions in an emergency department are not optimal – and being an emergency, the patient is not fasted and clinically stable like they are for planned intubations in surgery.”

However, when Dr Schibler’s team gave children a supply of warm, humidified oxygen via a thin nasal tube while they were under anaesthesia, the risk of intubation complications dropped sharply. The therapy is known as ‘High Flow Nasal Cannula’ (HFNC), and it can double the amount of time before blood oxygen levels fall too low.

“We found that using HFNC could significantly improve the odds of successful intubation,” Dr Schibler said.

“As the device is already available in all emergency departments, the process can be easily and cost-effectively introduced in hospitals worldwide, with the potential to significantly reduce healthcare costs.”

Following the promising pilot results, which will be published in the British Journal of Anaesthesia, EMF has granted $280,000 for a larger study, which will involve 800 children at the Gold Coast University Hospital, the Lady Cilento Hospital and The Townsville Hospital. The trial begins in February 2017 and will be led by Gold Coast University Hospital Paediatric Emergency Physician, Dr Shane George.

EMF has invested more than $630,000 in four HFNC trials through its Queensland Research Program, which is fully funded by the Queensland Department of Health.

“There is significant interest from emergency physicians around the world in minimising the risks involved in intubating children,” said A/Prof McCarthy.

“Dr Schibler and his team are contributing internationally to knowledge in this emerging field and their research has the potential to lead to major changes in emergency intubation practice.

“EMF is committed to ensuring Australia continues to stay at the forefront of emergency medicine research by providing funding to researchers across the nation.”

Dr Schibler also holds an Associate Professor position with The University of Queensland and is head of the Paediatric Critical Care Research Group (PCCRG) at the Lady Cilento Children’s Hospital.