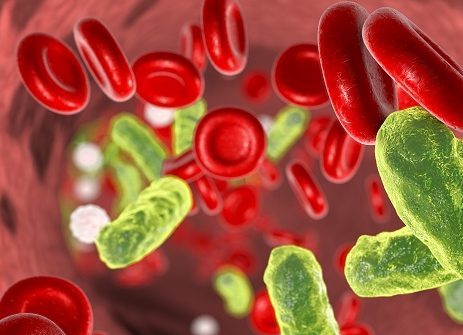 Australian emergency doctors are at the forefront of a large clinical study to assess how clinicians are treating sepsis.

Funded by the Emergency Medicine Foundation (EMF) and the Gold Coast Hospital Foundation, the study will help clinicians better understand how patients in Australia and New Zealand are currently managed and could lead to a potential new way of treating the life-threatening illness.

Study co-leader, Gold Coast Health Emergency Specialist Professor Gerben Keizjers said he was hopeful the study would lead to a major treatment change for sepsis, which affects an estimated 18,000 Australians each year, causes more than 5000 deaths and costs the national healthcare system more than $700 million each year.

“When a patient with sepsis arrives at the emergency department, the standard treatment is to give them a relatively large dose of intravenous fluids, which is often two to three litres or more for an adult,” said Professor Keijzers.

“Sepsis causes the blood pressure to drop, so the thinking has been that if we give the patient fluids it will increase their blood pressure and ensure oxygen reaches important organs such as the brain and kidneys.

“This has been the accepted practice for more than 60 years, but recent research results have led us to question the benefits of giving large amounts of intravenous fluids to septic patients.

“Unfortunately, it’s now unclear what the best course of treatment is.”

To help answer this question, the researchers are running the ‘‘ARISE Fluids’ study (Fluid resuscitation in emergency patients with sepsis and hypotension), which will involve more than 70 sites in Australia and New Zealand and look at how intravenous fluids are used to treat sepsis patients.

According to study leader Dr Stephen Macdonald, from the Harry Perkins Institute of Medical Research Centre for Clinical Research in Emergency Medicine and the Royal Perth Hospital Emergency Department, the ARISE is an important next step following the group’s recent successful completion of an EMF-funded pilot clinical trial.

“The pilot trial ran across eight emergency departments in Western Australia, Victoria and Queensland and we compared ‘two treatments at the opposing end of a spectrum of accepted practice for sepsis,” said Dr Macdonald.

“We compared the outcomes from patients who were given the ‘standard volume’ treatment with a ‘restricted volume’ approach in which we gave patients less fluids and medications to increase their blood pressure,” he said.

“The main purpose of the pilot was to determine if it was feasible to compare these two approaches, in particular if the restricted fluids treatment was safe for patients. Based on the results, which were recently published, we concluded that a restricted fluid approach was feasible and clinically acceptable.

“However, before we embark on a larger clinical trial we really need to understand current practice across a range of settings in both small and large hospitals, which is why we’re doing this second ARISE Fluids study.

“Anecdotally, the incidence of sepsis has been rising over the past decade and we’ve been seeing a change in the spectrum of cases. Some types of infections have been reduced thanks to immunisations and others are increasing due to issues like antibiotic resistance.”

Sepsis occurs when an infection hits the blood stream. It can affect everyone from babies to older adults, but in Australia people over 65 years are the largest single group to develop the illness.

EMF has also funded two other pre-clinical bodies of sepsis research (led by clinicians from The Prince Charles Hospital and the Royal Brisbane Hospital). The data from these studies will inform the design of a larger clinical trial following the completion of the  ARISE Fluids study.

More about the pilot study (REFRESH)

More about the ARISE Fluids study