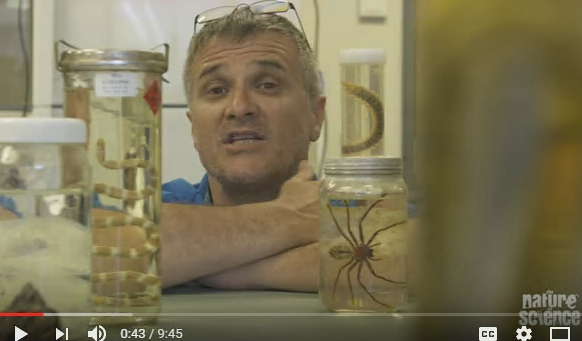 An EMF-funded researcher’s video on jelly fish and other venomous Australian creatures is taking YouTube by storm.

A/Prof Seymour has a long association with EMF research. He is a co-investigator on two EMF-funded jelly fish research projects, which were awarded nearly $400,000 through EMF’s Queensland Research Program, which is funded by Queensland Health.

In the largest of the jelly fish studies funded by EMF, A/Prof Seymour and the team are looking at first aid and critical care of tropical jellyfish stings. From their initial data, they suspect that the common first aid practice of using vinegar to treat jellyfish stings might not be the best treatment.

Development of a human cardiac myocyte assay for the production of lethal dose response curves for box jellyfish venoms: Can heat and intralipids be used as a treatment for cubozoan envenomings.