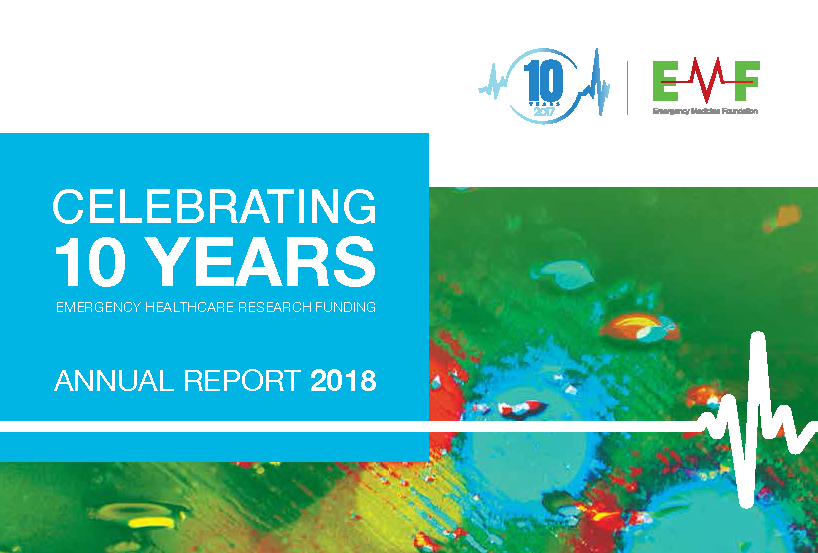 EMF has released its 2017/18 Annual Report, with an electronic version available online.

The Report provides an overview of EMF’s activities during the year as well as key outcomes from funded research. It also highlighted EMF’s 10 anniversary and a decade of funding emergency healthcare research in Queensland.

Since its launch in October 2007 and June 2018, EMF has awarded 154 grants worth more than $14.4 million through our Queensland and Rural and Remote research programs. We have also committed a further $2 million in developing and rolling out a Research Support Network (RSN) in Queensland.

“They are delivering real solutions for the chronic demand on the country’s emergency departments and emergency responders. They are also improving patient care by stimulating the translation of evidence to clinical care areas such as chest pain,trauma, aged care and paediatrics,” he said.

“EMF-funded research is also delivering critical economic benefits. In the past five years, EMF- funded research has delivered outcomes that have provided more than $100.4 million in economic benefits
for the Queensland healthcare system. A further $15.1 million in additional (leveraged, in kind, associated and linked) funding was also associated with grants awarded by EMF in the past five years.” 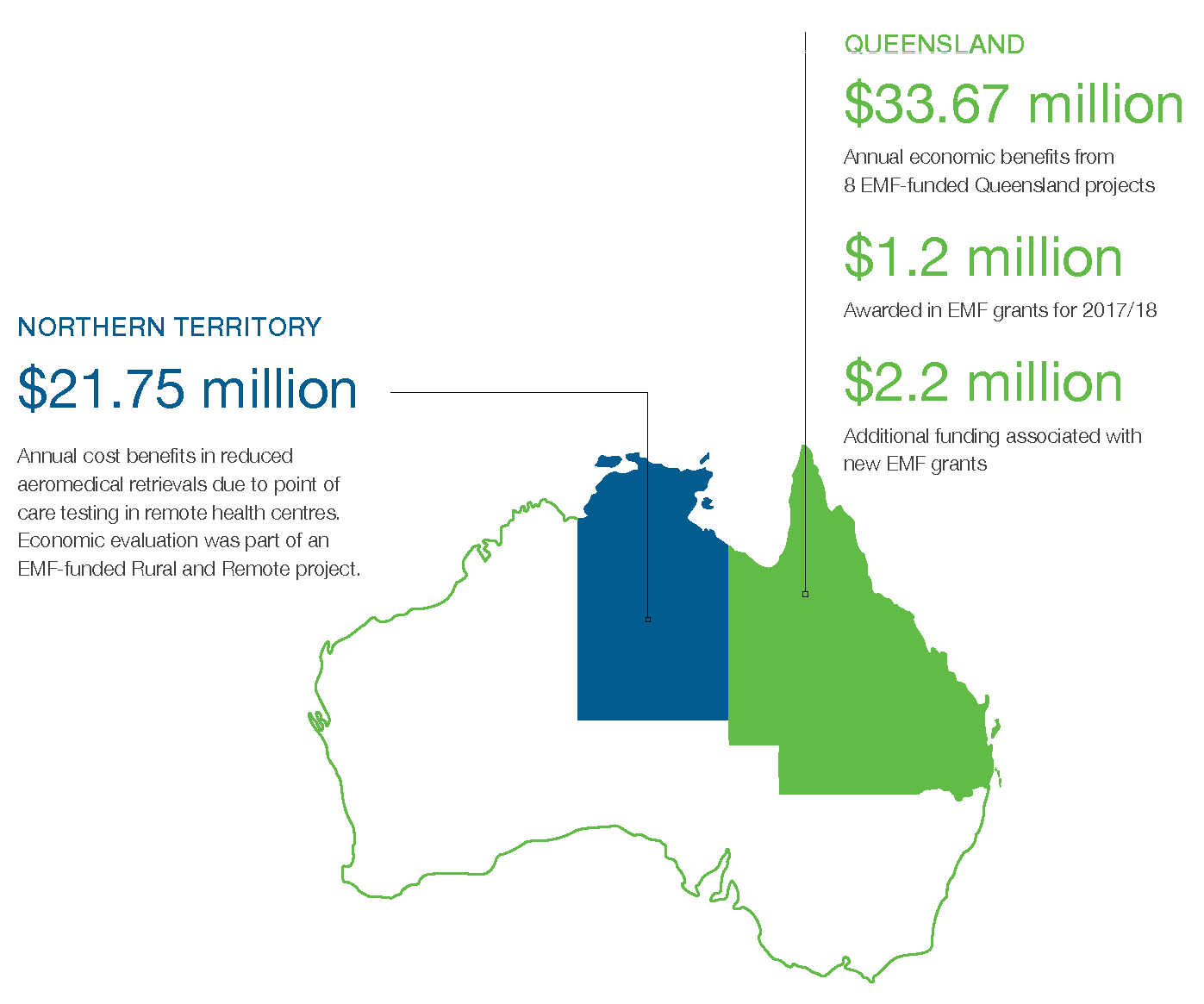 Financial benefits for Queensland Health from eight EMF projects were estimated at more than $33.6 million

> Outcomes from our first Rural and Remote research grant were published, finding $21.7 million in annual savings for the Northern Territory government due to the use of point of care testing in remote medical centres

> New projects will address key health priorities and issues such as sepsis, trauma, respiratory disease, domestic violence, drug overdose, and the elderly as well as reducing the over prescription of antibiotics

> 11 media releases regarding EMF projects, which led to national and international media coverage; and more than 620,000 views of EMF social media posts and website pages

> EMF Board approved key changes to our Queensland Research Program. From June 2018, we are offering two new grant schemes open to all Queensland Health employees providing direct clinical care in an emergency