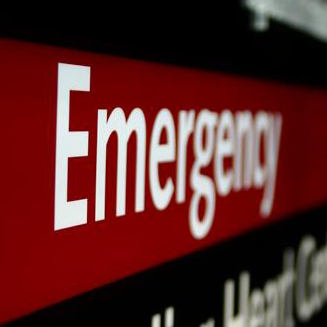 Hundreds of people with common headache are turning up at hospital emergency departments (EDs) when most only need mild pain relief and a lie down, new research reveals.

The Emergency Medicine Foundation (EMF) funded research revealed more than 850 adults presented to 30 Queensland EDs in September 2014 but only 15 per cent of them were diagnosed with a serious illness.

“Our research was looking at the prevalence of a serious and life-threatening condition, non-traumatic subarachnoid haemorrhage, which often presents with “thunderclap” headache,’’ Dr Chu said.

“What we found was that many people presented to hospital EDs with common headaches and were sent home with mild pain relief.

“Of the 864 patients who arrived complaining of headache, one-third were brought in by ambulance and more than 50 per cent were immediately discharged.”

“While it can sometimes be difficult to decide whether to start with simple care at home, see the GP, or come to ED to rule out something more serious, this study provides confirmation that paracetamol, fluid and rest is often all that is required for headache,’’ Associate Professor McCarthy said.

“It is important to note that most of these patients arrived at hospital between 8am and 6pm, when a local doctor would have been able to assess them and identify those who needed further investigation in ED or could be managed safely at home.”

The findings implied a worrying trend with the Australian Institute of Health and Welfare also recording 32 per cent of ED admissions in 2012-13 as ‘GP-type presentations’.

Associate Professor McCarthy urged people to see their GP or seek advice over the phone hotline 13 HEALTH (13 42 25 84) if they were unsure before presenting for emergency medical treatment.