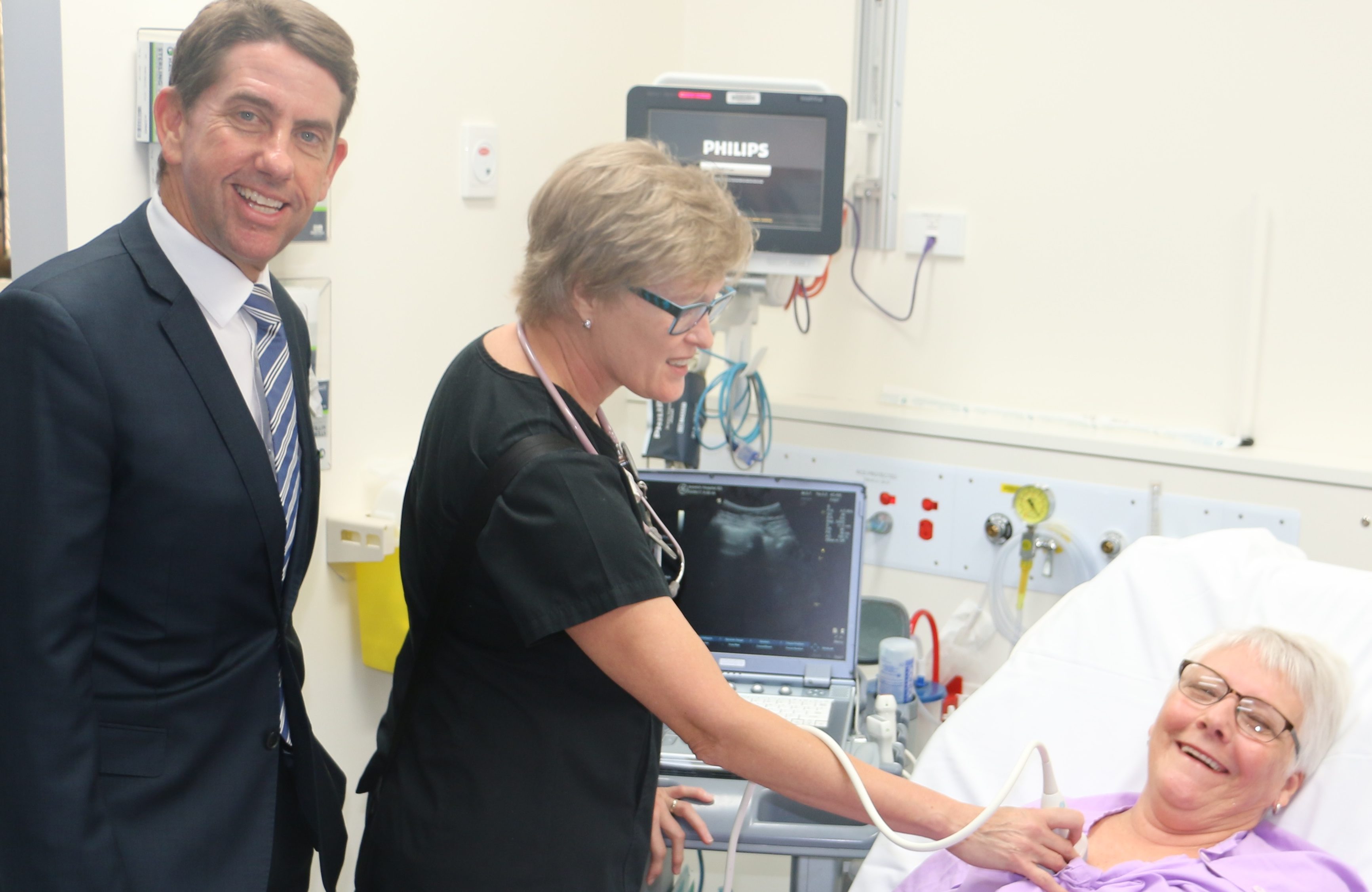 Minister for Health and Ambulance Services Cameron Dick said shortness of breath can be a symptom of heart failure or chronic lung disease in the elderly.

“And unfortunately, in up to 25 per cent of cases, elderly patients are diagnosed incorrectly with either lung disease thought to heart failure or the other way around,” Mr Dick said.

“However, lung ultrasounds can diagnose heart failure within minutes of a patient arriving at hospital.

“It is a quick, simple, accurate, cheap and less-invasive procedure that can save time, money and lives.”

Funded by Queensland Health through the Emergency Medicine Foundation (EMF), the ‘Improving recognition of heart failure using lung ultrasound’ research is in its final stages, with results being analysed and prepared to publish.

Ipswich Hospital senior emergency department doctor, Kylie Baker, is leading the research and hopes the results will inform standard procedure across Queensland in the future.

“This is a technology used overseas a lot and we in Queensland, and even Australia, are only just catching up,” Dr Baker said.

“This research teaches us to do something better, cheaper and safer than we do currently and that’s important in the health industry.

“This trial is a great way to expose many doctors to this idea, as even emergency doctors inexperienced in the technique can make an accurate diagnosis of lung disease versus heart failure within three minutes.

“Consequently, elderly patients are started on the right treatments straight away and aren’t at risk of adverse events because of incorrect diagnosis and incorrect treatments.”

The clinical trial was run at Ipswich General Hospital, The Prince Charles Hospital, and the Princess Alexandra Hospital with 400 patients recruited.

The four-year $200,000 study comes off the back of a pilot study also funded by Queensland Health through EMF, which proved to be a success.

“Based on the outcomes of the pilot project, Australian emergency departments are rapidly adopting lung ultrasound to initially diagnose elderly patients with shortness of breath,” Mr Dick said.

“The procedure is flexible that it can be used wherever a portable, battery operated ultrasound machine can be carried.

“The results are proving that this research is as much a benefit for rural, remote and pre-hospital services as it is for metro, regional and tertiary hospitals.”