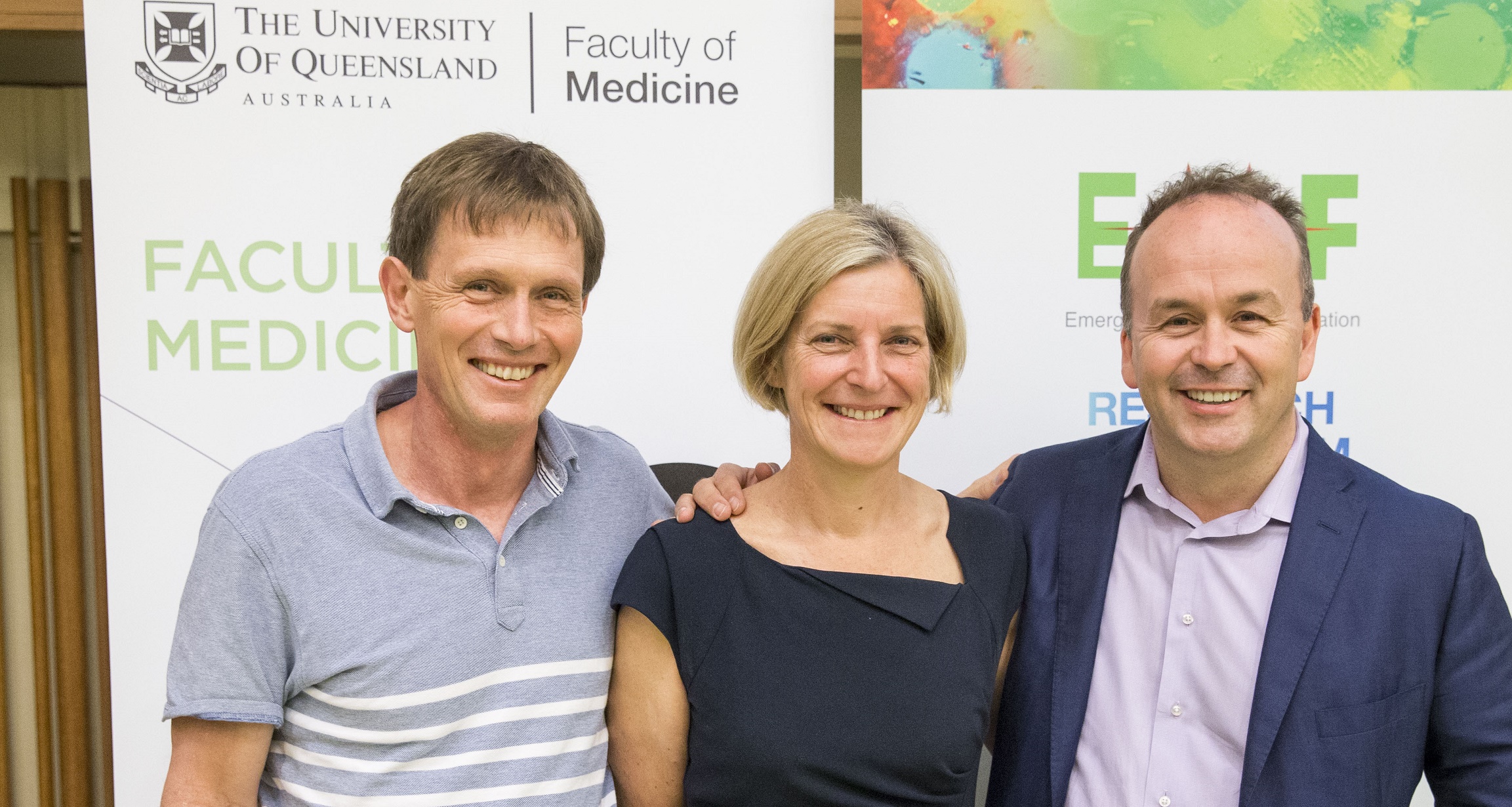 Australian clinicians are using knowledge they gained from EMF-funded research to help save the lives of thousands of African children who are dying from pneumonia.

Together, they are trialling a new way to treat pneumonia in African children.

According to Professor Maitland, severe pneumonia is the most common reason children are admitted to hospital in Africa.

“Unfortunately, these children have little prospect of receiving the same level care as they would in Australia,” she said.

“Intensive care units are rare in Africa, as is access to life-saving ventilatory support.

“Many children become overwhelmed by their infection and die of respiratory exhaustion.

“These children don’t have a guaranteed access to oxygen, one of the recommended treatments for pneumonia. Oxygen supplies are unreliable and the number of children requiring oxygen far exceeds the limited resources of medical oxygen.”

To tackle this major problem, the research team is trialling the use of high-flow nasal devices to deliver room air or a combination of room air and oxygen to children with low oxygen levels in their blood.

“Thanks to a very generous donation of medical equipment from Fisher and Paykel Healthcare, and the award of the COAST trial grant  from the Joint Global Health trials, UK we’re now working out new solutions in a clinical trial of oxygen,” said Professor Maitland.

“We started the ‘COAST’ trial earlier this year and we’ve enrolled nearly 700 of the 4200 children we anticipate taking part in the trial.

“We’re asking two simple questions: which children need oxygen therapy and what is the best way to give oxygen therapy, either via a mask, which is how oxygen is currently being given to children, or delivering oxygen by ‘high flow’ using the Fisher and Paykel Healthcare AirVOTM machine.

“We want to know if this machine can stop children dying from respiratory exhaustion.

“It would be a paradigm shift if we were able to show we could save lives with relatively simple technology and would be a complete game changer for hospitals that have no access to intensive care.”

The team hope to publish the results at the end of 2019.

Associate Professor Schibler is one of the world’s leading experts in using high-flow nasal devices to treat children with respiratory illnesses and has run several clinical trials in Queensland and Australasia over the last decade. Both he and Professor Fraser hold academic appointments with The University of Queensland and have led major NHMRC and Emergency Medicine Foundation (EMF)-funded research projects in Australia.

The EMF grants were funded by Queensland Health.