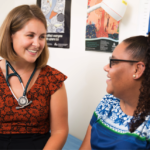 Improving the care of skin infections in the Torres Straits

This research project is looking at cellulitis in the Torres Straits. Cellulitis is a bacterial infection of the skin that requires antibiotics. People with cellulitis usually have an area of red and hot skin and sometimes can have fevers and become really unwell. Germs called Staphylococus aureus and Streptococcus pyogenes typically cause cellulitis. It potentially can cause serious infections and are a common presentation to emergency departments and admission to hospital. In a tropical environment such as the Torres Strait cellulitis is extremely common and contributes to a significant burden on the healthcare system. Often patients present to health care…

Can children be sedated effectively with only one needle?

Procedural sedation in emergency departments is performed on a daily basis. The current management plan arguably inflicts unnecessary pain and distress on children. This open label, multicenter, randomised control trial is investigating whether paediatric procedural sedation can be achieved with just one needle. The research team’s focus is the on determining the best outcome for the child in procedural sedation, prioritising psychological as well as medical consequences. 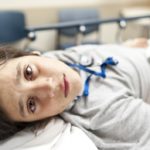 Sepsis is a leading cause of death and disability in children, globally accounting for more than one million childhood deaths per year. Recommended sepsis treatment currently consists of intravenous antibiotics and aggressive fluid boluses followed by inotropes and consideration for intravenous steroids. However, the evidence for interventions other than antibiotics is limited and aggressive fluid administration may be associated with harm. Therefore, fluid-sparing algorithms using early inotropes to treat shock have been proposed. Another strategy to hasten shock resolution consists in intravenous steroids, alone or in combination with thiamine and vitamin C, postulated to support metabolic dysfunction in recent studies.… 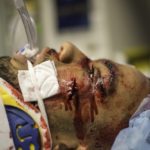 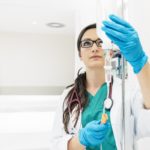 The question of fluid volume in resuscitation has been identified as the top priority in sepsis research by emergency physicians in the United Kingdom, Australia and New Zealand. Guidelines and sepsis pathways recommend an initial intravenous (IV) fluid bolus of 30ml/kg isotonic crystalloid for patients with sepsis and hypotension. However, there is a lack of evidence from clinical trials to support this strategy. Both observational data as well as randomised studies suggest there may be harm associated with injudicious use of fluids in sepsis. Since there is equipoise regarding a more liberal or restricted fluid volume resuscitation as first line…