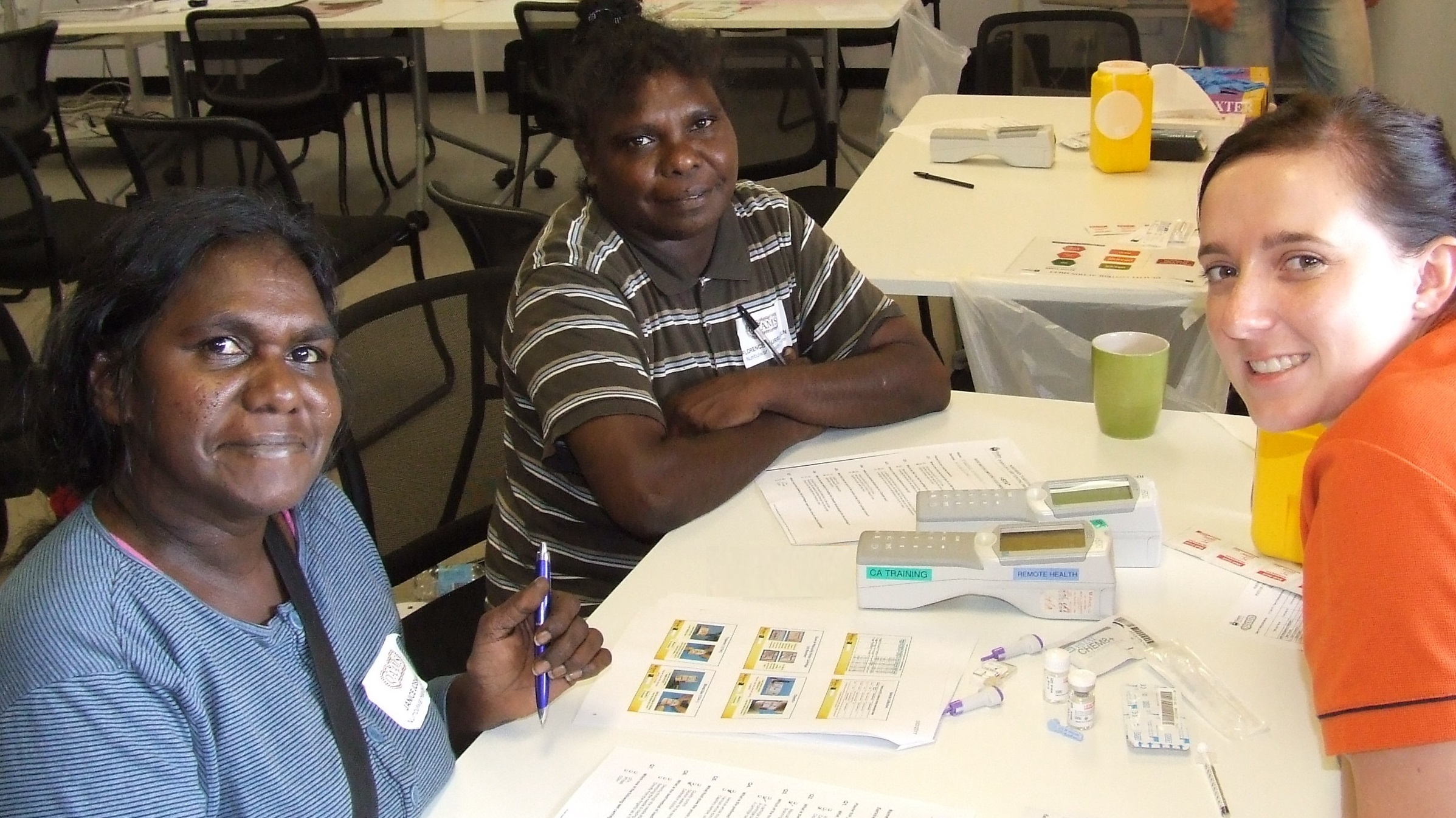 In a research study funded by the Emergency Medicine Foundation (EMF), a Flinders University research team assessed both the medical and cost benefits of using on-site pathology testing, or Point-of-Care-Testing (POCT), for acute medical care in six remote health clinics in the Northern Territory over a six month period.

The Flinders study is one of the first projects in the world to quantitatively evaluate the clinical and economic benefits of POCT in a remote setting, according to Project Coordinator Ms Brooke Spaeth and Chief Investigator Professor Mark Shephard from the International Centre for Point-of-Care Testing at Flinders University.

“Up to now, we had very little hard research data to support the cost benefits of using POCT, it was mostly anecdotal,” said Ms Spaeth.

“We now have proof that the POC technology improved the clinical and operational outcomes for acutely ill patients in remote communities in the Northern Territory. It also reduced the need for medical evacuations by up to 35% in the clinical conditions investigated, which has led to significant cost savings for Territory healthcare system,” she said.

The research team evaluated the use of a POCT for 200 patients suffering from either acute chest pain, acute diarrhoea or acute renal failure.

The investigator team including Flinders’ Head of Health Economics, Associate Professor Billingsley Kaambwa, found that having access to POCT avoided the medical evacuation of 60 patients which, when extrapolated Territory-wide, resulted in estimated total cost savings of $21.75 million per year. Access to POCT also enabled early diagnosis, treatment and appropriate evacuation for 21 patients.

“Patients in remote Indigenous communities experience a greater sense of isolation if they are removed from their community and put in hospital,” said Dr Omond.

“Having the ability to remain in community for medical care is important for Indigenous Australians and that’s what we’ve shown POCT is allowing us to do, which is quite significant as a culturally appropriate outcome,” he said.

“As a doctor working in remote communities, I value POCT because it gives me vital information for making timely decisions about patient care.

“POCT means we can now investigate, diagnose, stabilise and monitor often very sick patients in a medical emergency, and as we showed in this study, provide early treatment for critically ill patients who require evacuation.”

POCT was first introduced to remote health centres in the Northern Territory in 2008. Other Australian states have also adopted the technology in rural hospitals, enabling local health professionals to perform a range of pathology tests, with results available in two to 10 minutes.

EMF Chair Dr Anthony Bell said the research team showed that investing in innovation could lead to improvements for rural and remote patients and the healthcare system.

“EMF was pleased to be able to fund this important research, which demonstrates the value of adopting POCT in rural and remote health centres,” said Dr Bell.

“This research will hopefully lead to the wider adoption of POCT and better healthcare for all Australians.”

The EMF grant was made possible by donations from Zoll Medical Australia and philanthropic donations.

The results from this research were published online in the international journal ClinicoEconomics and Outcomes Research.