The Value of Avoiding the Pain of IV Catheter Failure.

Peripheral intravenous catheters (PIVC) are the most common invasive device utilised in health care, yet have very high failure rates because of infection, phlebitis, occlusion or dislodgement. Previous EMF-funded research (IVL-GONE: Intravenous Lines – Glue or Not Experiment, Bugden et al., 2015) has shown that the addition of two drops of medical grade superglue in addition to standard dressings at the insertion site of PIVCs can reduce the failure rate from 27% to 17% over 48 hours. Reduction in failure rates is expected to have beneficial effects on patient comfort and outcomes, along with hospital flow and costs. Uptake of these results globally will rely on cost-effectiveness evaluation, which is currently not available. This is preventing translation from research to practice.

To determine if this alternative method for PIVC securement is viable, we propose conducting an economic evaluation of the IVL-GONE findings. In order to do this, the value that patients place on avoiding IV catheter failure will be determined alongside health service delivery cost-effectiveness measures. This has never been done before in this setting for this specific outcome.

Thus the research questions are:
1. What is the value that patients place on the prevention of IV catheter failure?
2. Is superglue cost effective for the securement of IV catheters in the Emergency Department?

If the answers to these questions support the use of superglue to reduce IV catheter failure then it will enable implementation of this intervention in hospitals worldwide.

The results of this study are still pending publication, however, the team did find that patients would be willing to pay significantly more than cost to add medical superglue if it could avoid IV failure.

As discussed in the lay summary, this economic study was based on the outcomes of a pilot trial, IVL-GONE, which compared the failure rates between IV catheters secured with a standard IV catheter dressing with those in which medical superglue was added. In a subsequent, larger study, known as the SAVE trial^, clinicians compared four variations of IV securement, and found there was no significant difference in failure rates, including when superglue was added. The results were published in The Lancet in August 2018. The results from the SAVE trial have brought into question the value of using superglue for IV securement and hence the value of the economic evaluation. 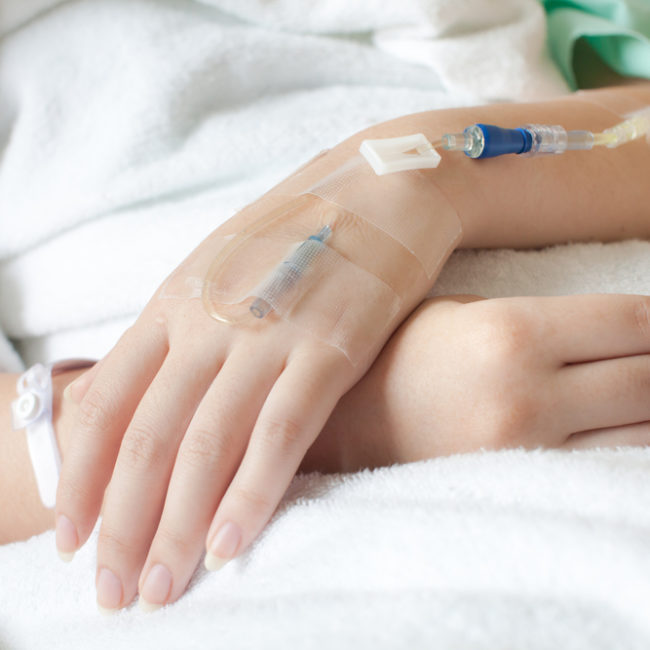