The HALT-IT trial: Tranexamic Acid for the Treatment of Gastrointestinal Bleeding, an International Trial

Is the use of Tranexamic acid in gastrointestinal bleeding safe and effective?

Gastrointestinal (GI) bleeding is a common emergency with a substantial mortality rate. Bleeding from the upper gastrointestinal system is caused by ulcers, stomach inflammation and oesophageal varices and carries a fatality rate of up to 10%. Lower GI bleeding has a variety of causes and a case fatality of about 15%. Between 10% and 25% of patients will have a repeat bleed after their first episode, and these people are four times more likely to die than people without repeated bleeding.

The clotting of blood helps to stem bleeding and blood clot break down may play an important role in GI bleeding and re-bleeding. Tranexamic acid (TXA) is a drug used to reduce clot breakdown. It has been shown to reduce the probability of requiring a blood transfusion by about a third in surgical patients, without causing serious side effects from promoting clotting. This high quality randomised controlled trial will investigate the effectiveness and safety of TXA in GI bleeding.

This project was part of an international trial, with the aim of recruiting 12 000 patients by May 2019. Australian participation in the trial was discontinued due to the introduction of rotatory thromboelastography (ROTEM) in the major trauma emergency departments in Queensland, which were taking part in the trial. This device is used to rapidly diagnose internal bleeding in trauma patients. Its use meant clinicians were no longer using tranexamic acid for major bleeding. The researchers noted that for Australians with severe GI bleeding who present to smaller regional and rural hospitals (which don't have access to the diagnostic device), understanding the potential effects of tranexamic acid in preventing death and bleeding will remain critically important. 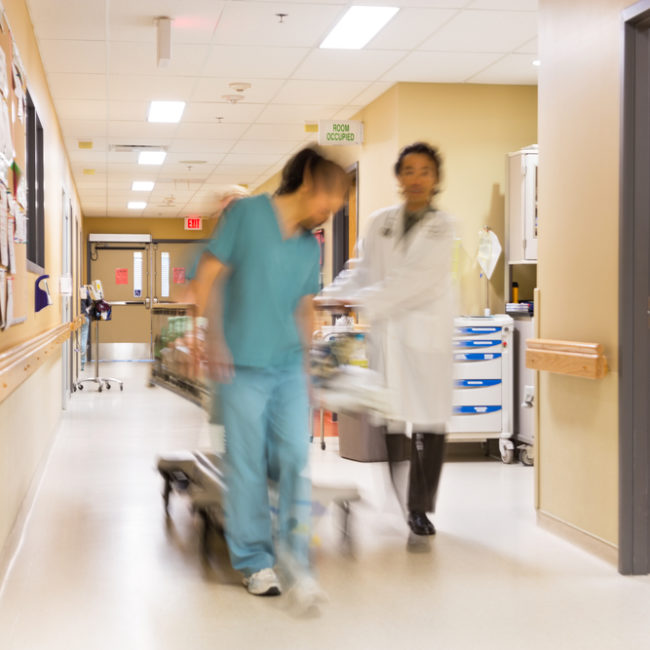