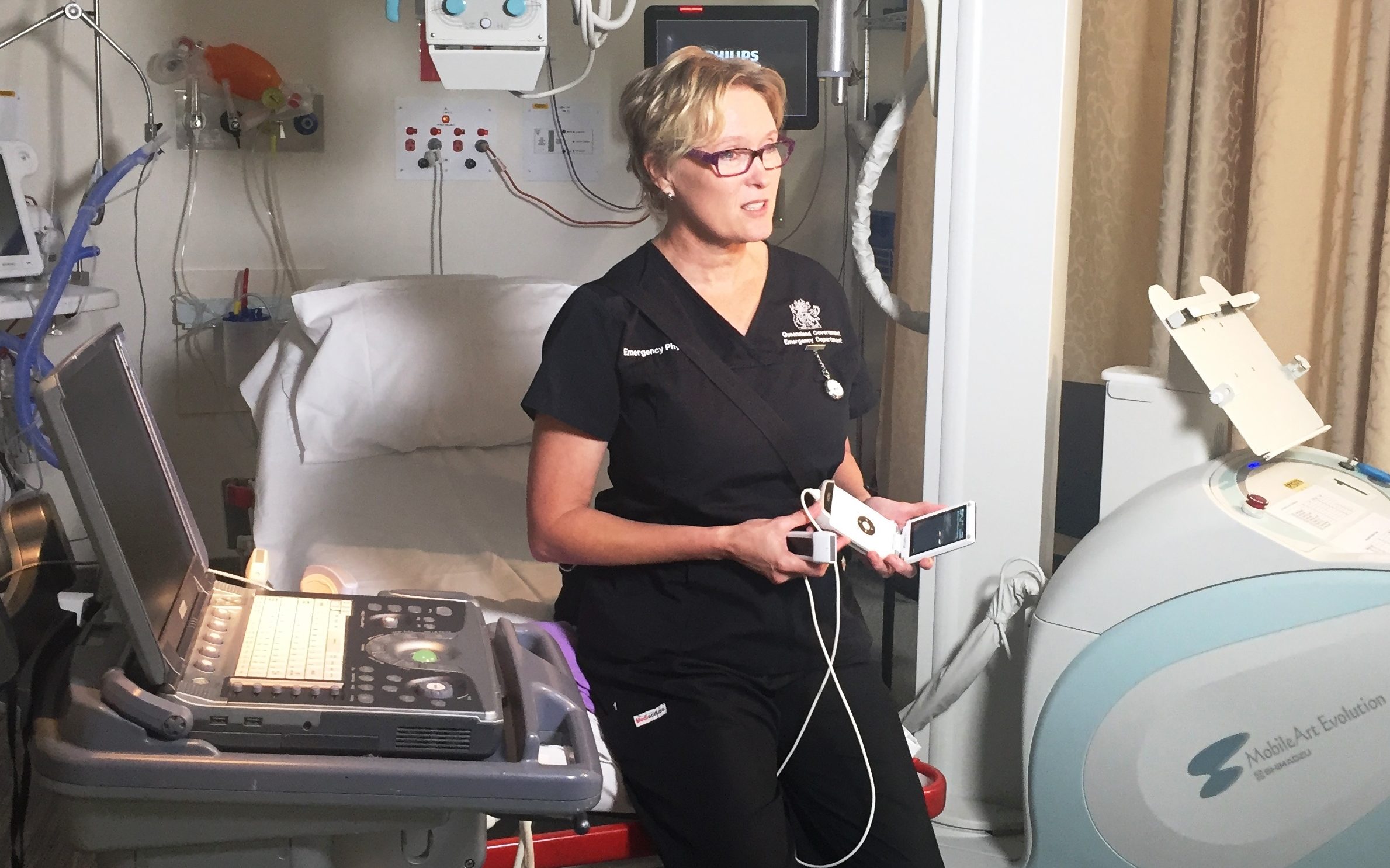 A new way of using ultrasound is transforming the diagnosis and treatment of breathing difficulties in elderly Australians.

Flu is particularly dangerous for older people and causes an estimated 13,500 hospitalisations and more than 3,000 deaths among Australians aged over 50 each year.

“Flu, heart failure and various other lung diseases can cause fluid to build up on the chest,” Dr Baker explained.

“Diagnosing the problem with chest x-ray can be only 65 per cent accurate and exposes the patient to radiation. Other tools such as CT scans require far more radiation and echocardiograms are not readily available.

“But lung ultrasound is quick and accessible, has between 80-95 per cent accuracy and there’s no radiation danger.”

Dr Baker has been studying the success of lung ultrasound in diagnosing the difference between pulmonary oedema, caused by heart failure, and other lung conditions such as those caused by flu.

She is now championing the lung ultrasound technique across Australia thanks to research grants from EMF.

“In the ED, the days of listening to a patient’s lungs with a stethoscope are numbered – ultrasound gives us a much better idea of what’s going on and we can easily monitor and track the progress of a patient without exposing them to excess radiation,” she said.

“It won’t be long before lung ultrasound becomes common practice in every hospital across Australia and we start teaching medical students the procedure while they’re at university.”

“Australian inventors played a pioneering role in the development of ultrasound in clinical practice, and so it’s great to see an Australian researcher investigating new ways the tool can be used for patients with severe breathing problems in the ED” A/Prof McCarthy said.

“Dr Baker’s research could also have a significant impact for people in rural and remote areas where smaller hospitals and clinics have limited access to x-ray and lung ultrasound provides a faster, cheaper way of diagnosing breathing problems.

“EMF is committed to helping researchers across the nation find ways to improve emergency medicine and patient care.”