EMF is celebrating its 10th birthday this October.

The Foundation has achieved several significant milestones in its first decade according to EMF Chair, Dr Anthony Bell.

“If we just look at return on investment alone, EMF-funded emergency medicine researchers are having a remarkable impact,” said Dr Bell.

“We’ve had multiple projects adopted into clinical practice, which is unheard of in such a short time-frame.

“Four EMF-funded projects are now estimated to be delivering $18.4 million each year in economic benefits to the Queensland healthcare system, while EMF projects are also associated with a further $43.7 million in leveraged, in-kind, linked and follow-on funding.

“Importantly, EMF-funded projects have created significant and measurable benefit to the healthcare system in Queensland and, in an era where demand on Emergency Departments continues to grow at a rapid rate, we need to ensure that the services we offer are efficient, but more importantly treat people safely and effectively.”

From it’s first grant round in 2008,  EMF has invested $14 million in 146 research projects through its Queensland Research Program and its national Rural and Remote Program. In addition, the Foundation has also committed more than $2 million to a Research Support Network in Queensland.

In the next 10 years, EMF hopes to expand nationally and is working with Queensland Health to encourage other Australian States and Territories to fund similar research programs to the one in Queensland.

The Foundation was launched in 2007 with a $5 million establishment grant from Queensland Health. Its formation was the direct result of successful lobbying by Queensland emergency medicine specialists, spear-headed by Dr Michael Sinnott and Professor Gerry FitzGerald.

In 2007, Queensland Emergency Departments were struggling to attract and retain emergency medicine specialists. Dr Sinnott and Professor FitzGerald believed that funding an independent research program was a key part of the solution as well as driving an innovation-led health workforce.

From the team at EMF, Happy birthday and congratulations to all the successful recipients of EMF research grants. 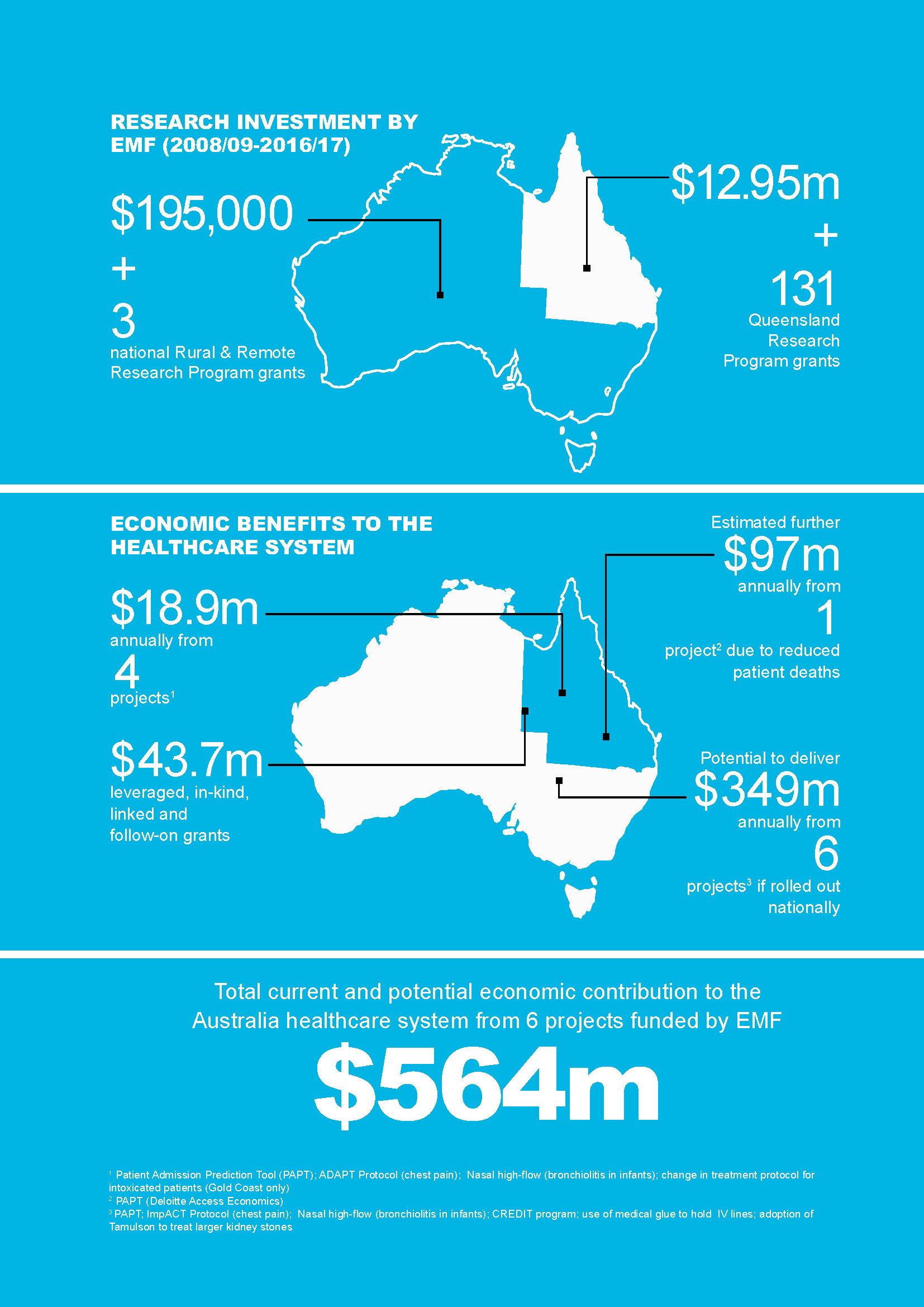