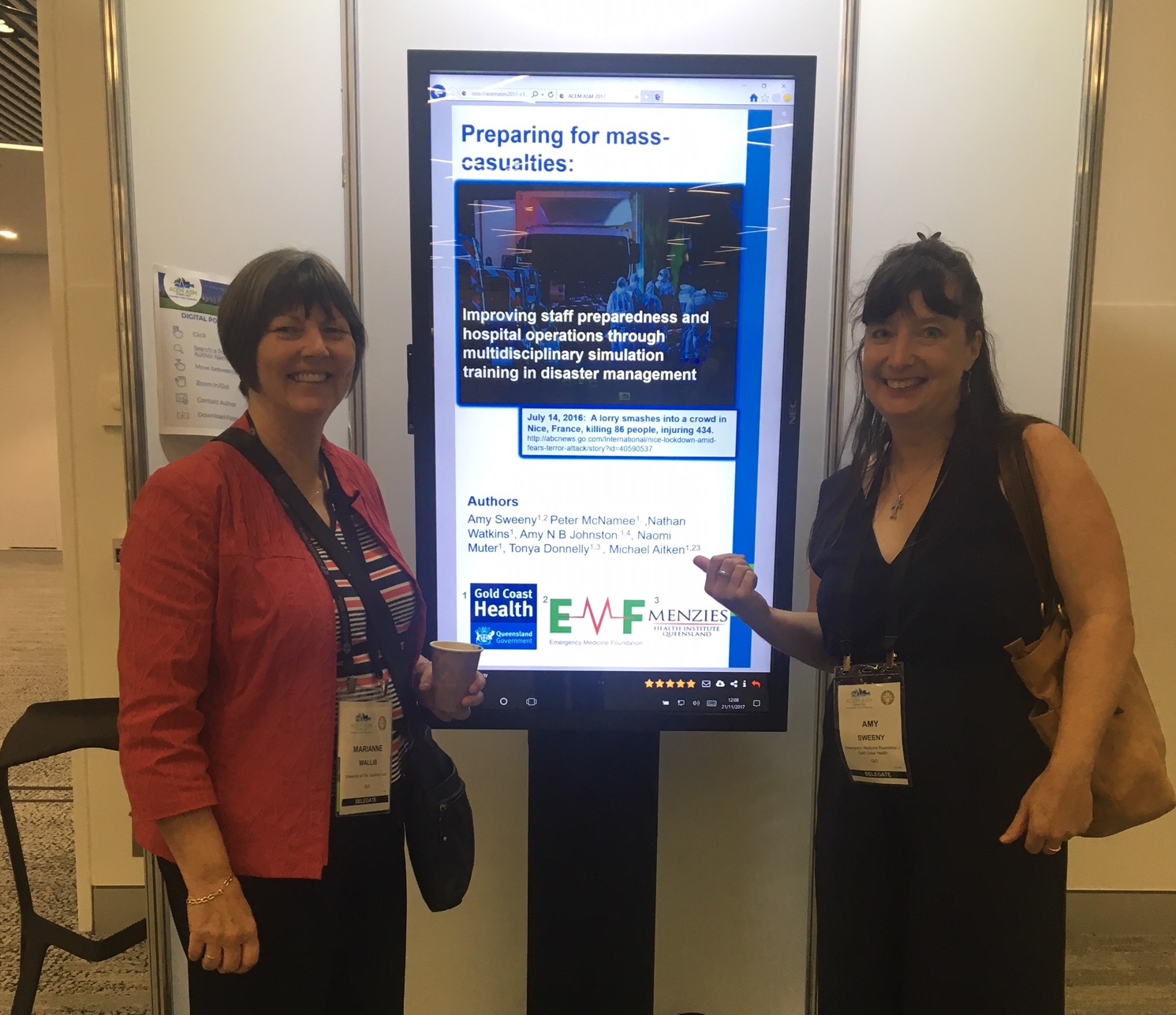 In the exercise, the staff had to deal with ‘patients’ who had experienced intentional vehicle attacks, with the scenario based on the Nice terror attacks of 2016.

They were then surveyed to measure changes in their knowledge, skills and confidence.

Nearly all the participants found the exercise useful, with more than 70 per cent saying their confidence increased through the activity.

Overall, the research team found the simulation exercise was a worthwhile organisational investment.

This exercise was managed by Dr Michael Aitken, Dr Nathan Watkins, and Peter McNamee, the disaster response coordinator for the GCHHS.

Amy said her role was to assist the team in developing indicators of exercise success, including whether or not each patient received the imaging needed as per the scenario, how long it took to get the patients into the appropriate areas in the emergency department, and whether or not the patients ended up in their expected destination (e.g. operating theatre, ICU, ward, or home).

“I also coordinated a pre and post exercise survey with Dr Amy Johnston, to capture valuable written feedback and pre and post-exercise scores for confidence, skills and knowledge for our clinical and administrative participants,” she said.

“Two-thirds of the 88 respondents to the survey were doctors or nurses, and overwhelmingly the exercise was considered valuable, with significant improvements in  confidence, skills and knowledge related to their roles in the event a real mass casualty was to occur.”

Pictured above is Amy (right) with Professor Marianne Wallis.