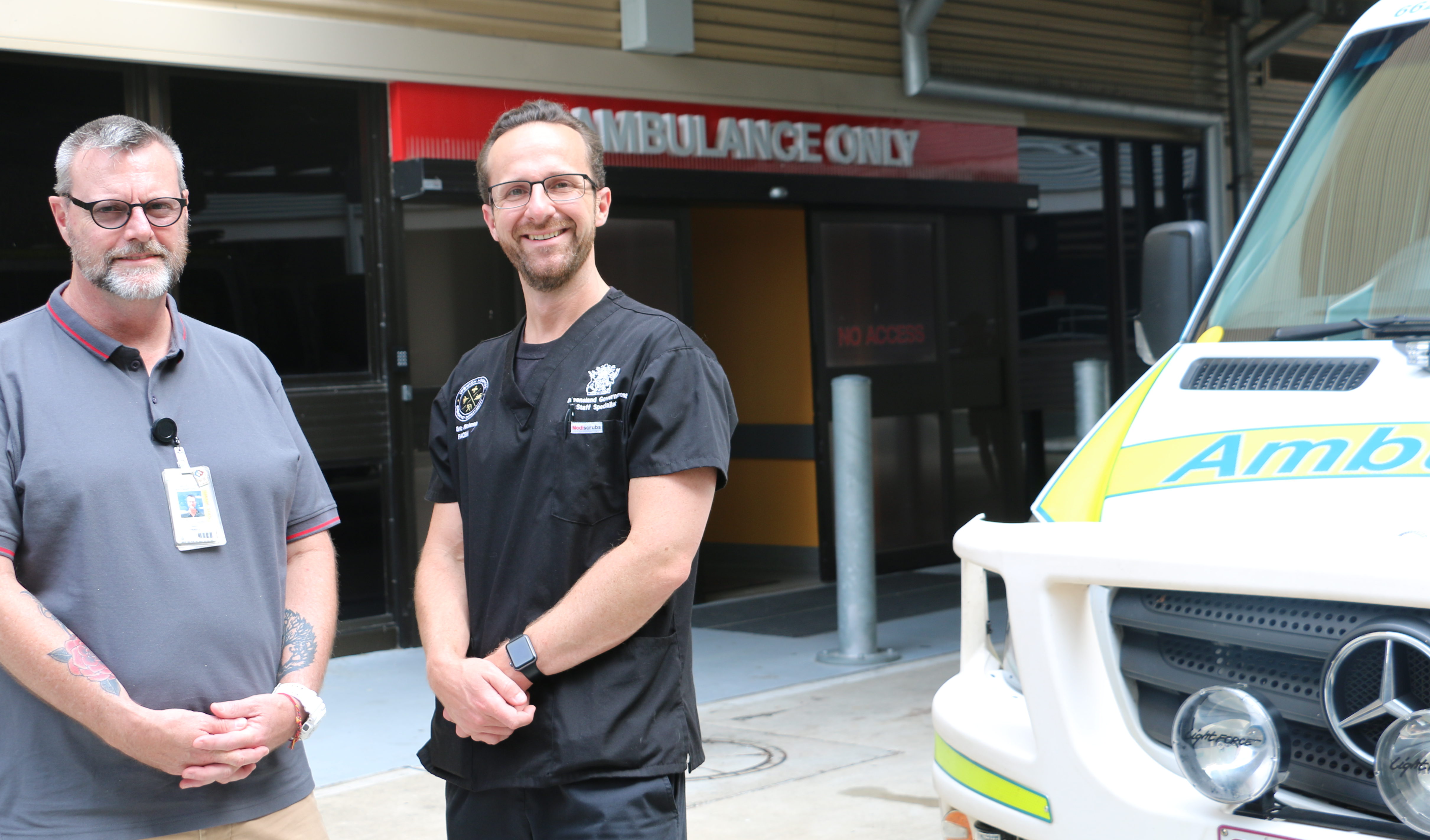 Ipswich Hospital has joined a trial that could help turn the tide of domestic and family violence (DFV) and make Queensland a leader in DFV detection in hospitals.

West Moreton Health is one of nine Queensland health services taking part in the trial, which is led by Gold Coast Hospital and Health Service clinician, Dr Thomas Torpie and funded by the Emergency Medicine Foundation (EMF).

Through the study, the clinicians aim to determine current practices for screening emergency department patients for domestic violence as well as the frequency of DFV referrals to social work.

“As a health service we want to be part of the solution to stop domestic and family violence in our community,” Ms Demnar said.

“If we don’t look at the context of domestic and family violence we are not addressing the cause.

“We have a 24/7 Social Work service at our Ipswich Hospital emergency department and we know that our ability to recognise and respond to the social needs, not just the physical ailments, of those presenting to ED can have a profoundly positive impact on their overall health and welfare.”

Under the trial emergency departments will review their processes to identify how often clinicians screen patients for instances of domestic and family violence, and the number of adult cases being referred to social workers for domestic and family violence concerns. The trial will also identify current barriers to screening within emergency departments.

He said clinicians were already legally required to report suspected cases of child abuse but there were no similar legal requirements regarding suspected adult victims of abuse.

“We know that the incidence of domestic and family violence is intolerably high and a major cause of morbidity and mortality in Australia,” Dr Richman said.

“We know that those victims of domestic and family violence are also likely to present to an emergency department at some stage so there is an opportunity for emergency departments to play a part in identifying abuse and being part of the response to connect people to the support they need.

“The challenge however is to understand how clinicians can adequately and appropriately screen people for domestic violence within the constraints of an already fast-paced emergency department environment where the number of presentations is heavy.’’

He said he hoped the trial could identify and define groups that are at a higher risk of domestic violence so hospitals could consider how best to help these people.

“At the moment clinicians don’t screen every patient for DFV, only those that raise a red flag, but this trial will be important in understanding how we can better tailor our screening system and support clinicians with the training they need to have those conversations,” Mr Birrell said.

“We can provide very good medical care but if people return to an environment that is unsafe, then that treatment will ultimately prove ineffective. If domestic violence persists we will keep seeing the same people, with the same injuries.

“We need to look at people more holistically… they are the sum of their experiences,” Mr Birrell said.

Mr Birrell said the speed with which emergency departments operated, and limited privacy for clinicians to engage in sensitive conversations could make it difficult for clinicians to effectively screen patients for domestic violence.

“The emergency department is normally the first contact point within the health service that people will encounter,” Mr Birrell said.

“For anyone who is a victim of DFV who is seeking medical help, whether it is related to their abuse or not, we’ve got a golden opportunity to let them know that the health service is a safe place, that we will listen to you and we can help you access support.

“If we can learn from this trial and make the necessary changes to our training, structure and practices it could make a huge difference to the lives of those suffering domestic violence.’’

More about this research project