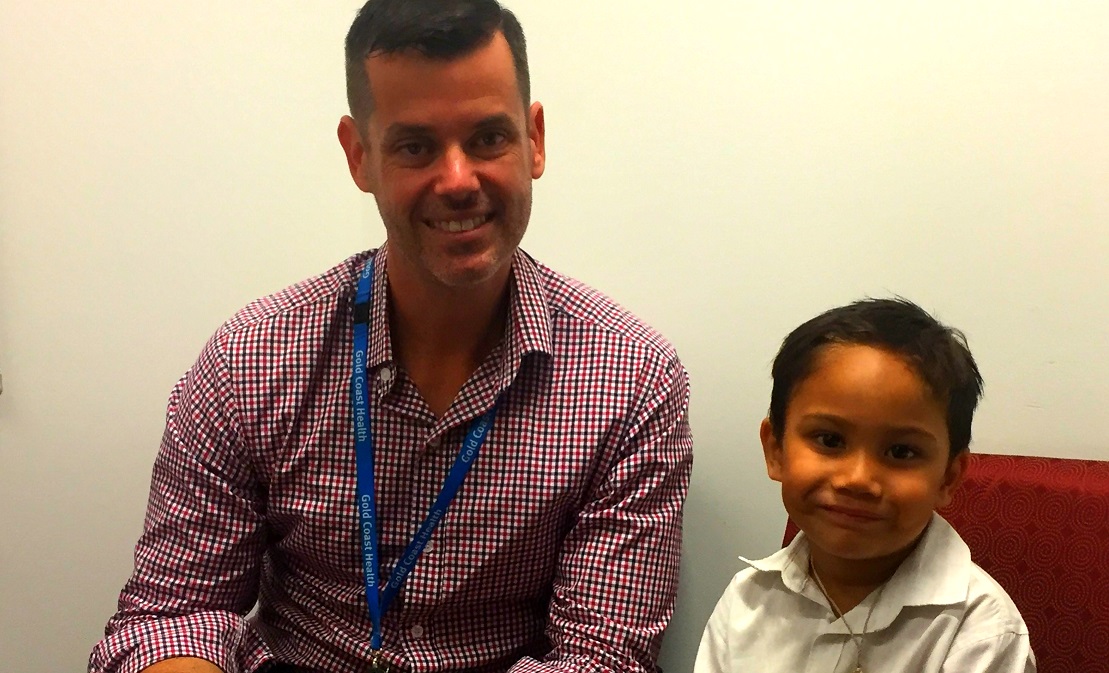 Clinical trial of steroid treatment for children with Bell’s Palsy

Emergency medicine researchers at Gold Coast University Hospital (GCUH) are taking part in a study across Australia and New Zealand to determine a safe and effective steroid treatment for children with Bell’s Palsy.

Bell’s Palsy is the sudden onset of one-sided facial weakness and the cause is unknown.

The Emergency Medicine Foundation (EMF), has provided GCUH with a grant to take part in the trial and allow expansion of the trial to Logan and Townsville Hospitals. The grant was funded by Queensland Health.

Paediatric Emergency Physician at the GCUH, Dr Shane George, is leading the research for Gold Coast Health and said Bell’s Palsy is the third most common neurological reason for children to present to emergency departments.

“There is no known cause for Bell’s Palsy which primarily affects the eyes and mouth, although the majority of patients fully recover within a year,” Dr George said.

“In this trial, we are looking at the effectiveness and safety of treating children aged between 6 months and 18 years with prednisolone – a cheap, safe and widely available steroid which is taken orally.

“There is conclusive evidence from two major recent trials that a short course of prednisolone for adults suffering Bell’s Palsy significantly increases the number of Bell’s Palsy patients who completely recover. However, there is no evidence that prednisolone is also an effective treatment for children.

“So this trial will not only provide an answer but will hopefully inform positive changes across Australia and New Zealand in the way we treat Bell’s Palsy in children.

“In addition to the medical recovery of Bell’s Palsy, the trial investigates the psychological impact of the temporary disfigurement caused by the facial weakness.

“We follow the children involved in the study for a period of 12 months and investigate the social and emotional effects on the children.”

The trial requires 540 participants and is primarily funded by the National Health and Medical Research Council. Thanks to the EMF grant, Logan and Townsville Hospitals will soon join the trial, alongside Lady Cilento Children’s Hospital and Gold Coast University Hospital.

The trial is running in 12 hospitals across Australia and New Zealand. For more information, visit the PREDICT website.

Read the article in the Gold Coast Bulletin