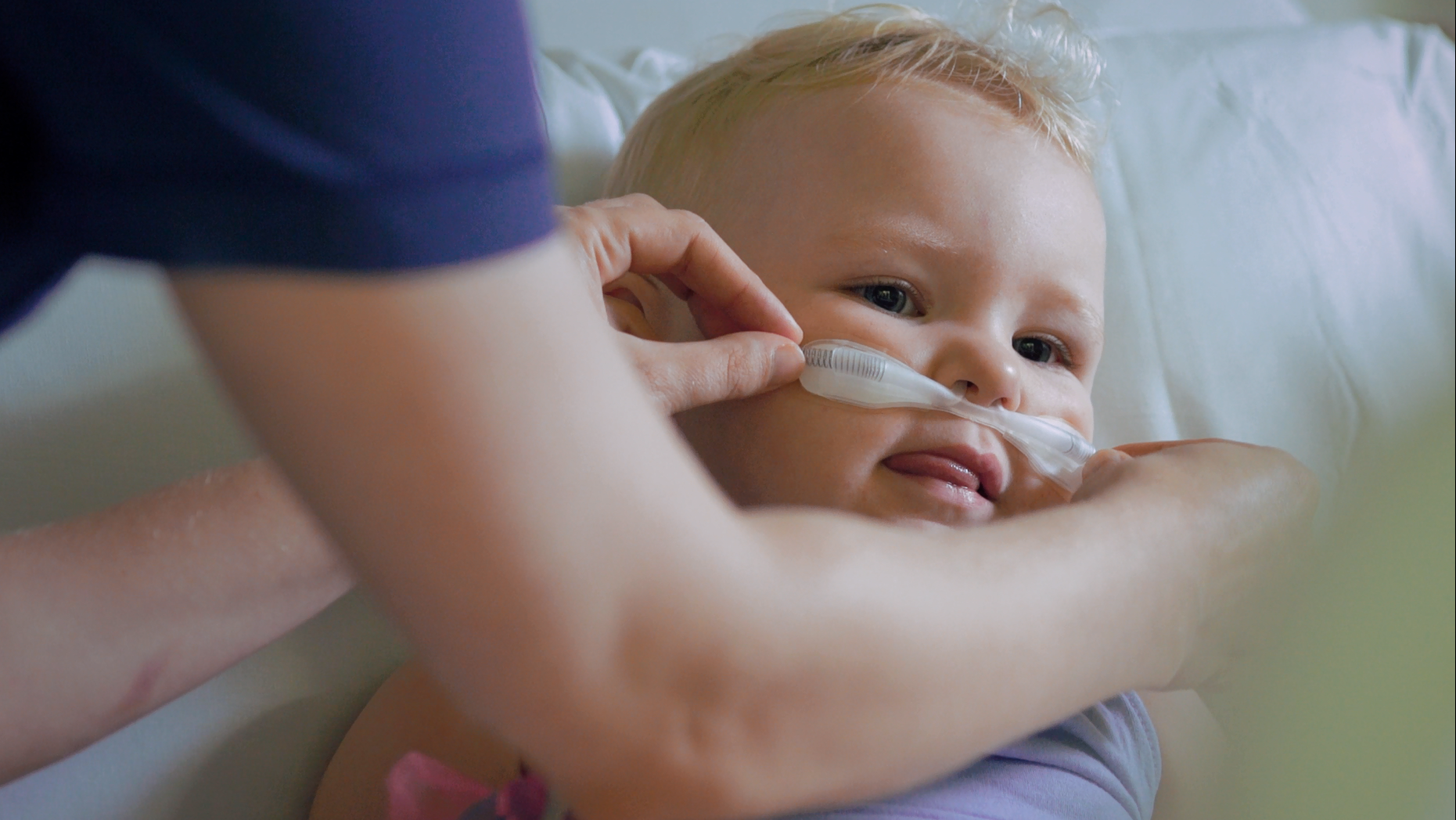 A landmark EMF and NHMRC-funded study into the emergency care and management of infants with bronchiolitis is set to change the way the disease is treated in hospitals internationally.

The research team also showed that this simple and easy to use respiratory therapy, previously reserved for intensive care units at children’s hospitals, can be delivered safely in emergency departments and general paediatric wards at all hospitals including metropolitan and regional hospitals.

Bronchiolitis is a common chest infection in young children, caused by a viral infection of the lungs. The infection triggers inflammation and mucus to build up in the airways, causing a cough and making it more difficult to breathe and feed.

It is the most common reason worldwide for infants under 12 months of age to be admitted to hospital.

In Australia and New Zealand approximately 20 per cent of all non-elective intensive care admissions for children are due to bronchiolitis, accounting for more than AU$40 million in intensive care costs alone each year.

“Nasal high-flow therapy works by delivering a higher volume of air and oxygen into the nasal passages than standard-oxygen delivery methods. This results in more efficient delivery of oxygen to the airways and reduces the work of breathing for the infants affected,” Associate Professor Schibler said.

“The aim of the study was to investigate if early use of nasal high flow therapy could reduce the need to escalate care in infants with bronchiolitis. The answer to this question was ‘yes’,” he said.

“Numerous studies over the past 30 years have investigated the role of various therapies in the treatment of bronchiolitis; but none of these studies have successfully changed the outcome of the disease and the burden on health care systems.”

Associate Professor Schibler said the research team had also proven that nasal high-flow therapy could be delivered safely outside of a paediatric intensive care setting.

“This means that emergency departments and general paediatric wards at adult hospitals of all sizes, in both metropolitan and regional hospitals, can safely and quickly provide this therapy for children in their local communities.”

The three-year international study involved 1472 infants who presented at emergency  departments in 17 participating hospitals in Australia and New Zealand.

An article on the study, titled High-flow Therapy for Infants with Bronchiolitis – A Randomized Trial has been published in the latest edition of the prestigious New England Journal of Medicine.

The PCCRG is a partnership between Children’s Health Queensland Hospital and Health Service, Mater Research Institute and The University of Queensland.

The study was funded by the National Medical Health Research Council (NHMRC), the Emergency Medical Foundation (thanks to Queensland Health), the Mater Foundation and local hospital Foundations.

Associate Professor Schibler and his team collaborated closely with the manufacturer of the high-flow device, Fisher & Paykel Healthcare Limited, to help improve the design of the device. The company also provided the device at no cost for the clinical trial.